One of the best Bollywood actress by her acting and also by her popularity amongst the people. The main reason behind is, not only she is a best star of Bollywood, but also she done tremendous works in social field also. In 2014 she had came with her friend Frieda Pinto and raise the campaign for Girls Education. She is global goodwill ambassador of UNICEF since December 2016 and recently attend the charity event Gala in Zimbabwe organized by UNICEF South Africa for the survivor of domestic abuse and negligence mainly children’s and women’s. This campaign is for fund raising and making the awareness about it for rehabilitation of those survivors. Priyanka always like to take responsibilities which are of her social account or of her acting work as a Human Being. She always takes her responsibilities seriously. This make her first in Top 10 Bollywood Actress Deeply Involve in Social Works List. 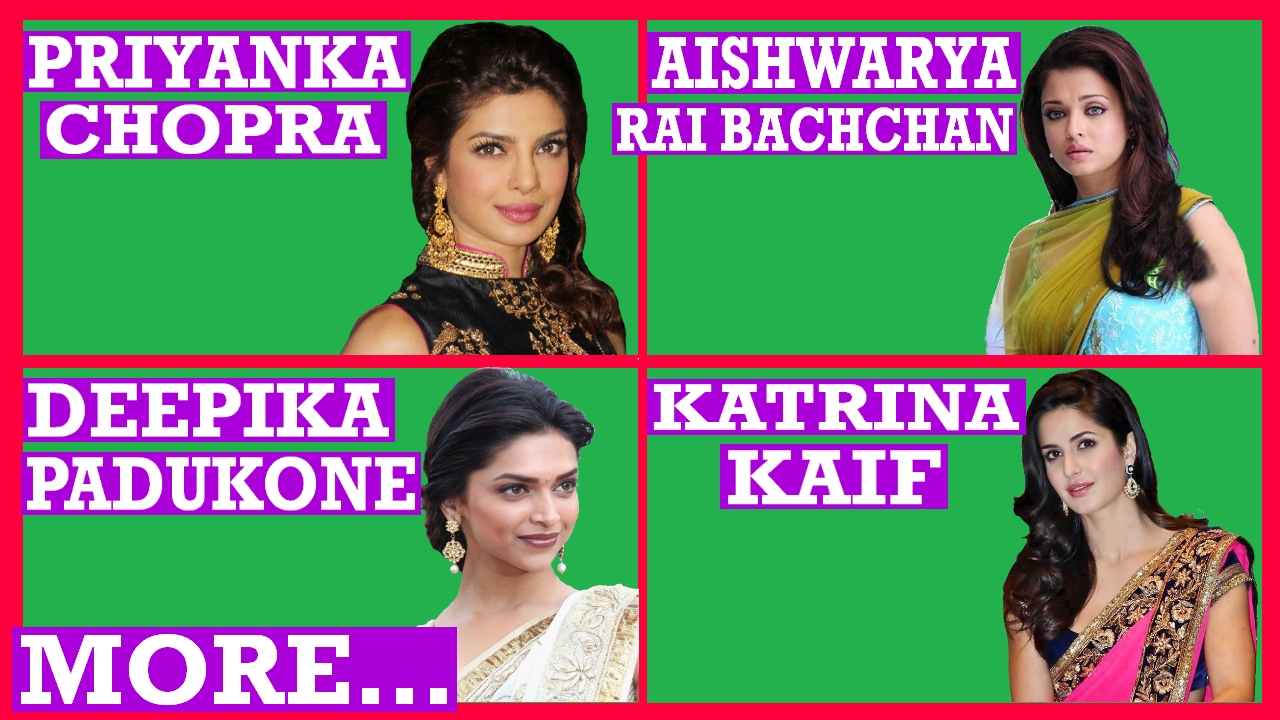 As we all knows that Aishwarya is the best actress and in 2014 she celebrates 20 years of Miss World, on that occasion she sponsored 100’s of children’s surgery. In 2004 she created the ‘Aishwarya Rai Foundation’ for helping needy peoples. She pledged for eye donation to donate her eyes to the ‘Eye Bank Association of India’ and also runs the campaign on eye donation for public welfare. She also support PETA, which is the organization which work in the welfare of the Animal’s to establishing and defending the rights of the animal’s. This is not whole social work of Aishwarya Rai Bachchan. Because she did more of the fabulous job in this sector and basically for the welfare of the people. This make her Second in Top 10 Bollywood Actress Deeply Involve in Social Works List.

She is the founder of ‘TLLLF’ 2014. Full form of the TLLLF is ‘The Live Love Laugh Foundation’. This is the organization, works in the welfare of people who suffers from Mental Illness and other psychological disorders. The main motto of this organization is for spreading awareness about the psychological disorders. She launch this foundation on the ‘World Mental Health Day’, Prime reason behind this is because she suffered from Depression. On the day of launch she was also share her fight against the Depression. The whole foundation was set up in the 2015.

Katrina is one of the active lady from Bollywood, who work in welfare of the people mainly for kids. Although the charity stand average on her account, But in the near future she is highly desperate to do so. Let’s talk about her past record about social work. As per her view she is highly motivated by her mother because she was deeply involved in the social welfare, she has been working with an NGO, who helps the natural disaster affected peoples to rehabilitate them. Katrina played TV serials like 10 Ka Dum, Kaun Banega Karodpati and she donate the entire winning amount to her mother’s Orphanage for purchasing Van, Ambulance and so on. She is also believes that,’Charity Starts from Home’.

Dia is bollywood star and Miss Asia Pacific. But this stardom never stops her from being involved in social activity. She is always says that she learnt a lot form the mistakes. At the age of 16, she did summer marketing job along with 5 guys to earn money for helping the others because she is the girl who believes that,’Helping people with our own earned money is completely different’. She was also taken part in NDTV’s Greenathon, PETA which work in the welfare of animals. She did her first job in city of Hyderabad, which is one of the most conservative cities. For the whole work she is doing is on the great of rock and she is very much thankful to her Parent because they believe in her. Dia joins’ Save the Children Foundation’ as artist ambassador. It makes her Top 10 Bollywood Actress Deeply Involve in Social Works.

Shabana is another famous actress from Bollywood Industry, who deeply involved in social activity. Shabana Azmi pledged to donate her all of organs to NGO Parasher Foundation New Delhi. This organization set up in year 2000 and which work for welfare of poor people. She jointly runs NGO Mijwan Welfare Society with Namrata Goyal Her Godchild. She is very sensitive about crime against women. She did lots of short film only for giving massage to the society on very much sensitive topics like, crime against women, protection of children from serious offenses and so many.

She is also associated with number of charities and social cause in India.

Juhi chawla is great Bollywood Star Social Activist. She raises the awareness about telephonic rays, mobile ray’s radiations which are highly dangerous to us and for Birds. She helps deadly disease Thalassaemia Patients by motivating them about to fight against this and is also raised the fund for some organization. She spoke on the eve of Indira Gandhi Memorial Award function about the health Hazard Caused due to the mobile towers, radiations and Antennae radiations. She was also donated her eyes to an eye donation camp and request people to do so. She is also associated with number of charities and social events in India.

Madhuri has serious concern about women’s right and freedom. She said,” Freedom means, to have choices and a woman who have every right to choose any aspect in her life, She should not be discriminated by being a woman”. She says on the Women’s Day. She is appointed as a ‘celebrity advocate for child rights’ by UNESCO. She feel so honored to have that. She has the perfect mindset that every child should get proper nutrition, proper education and proper upbringings so that the future of India will secure and for that she is supporting UNESCO a lot. She has also urged people to take strict action against child labor, child abuse and child trafficking. She has raised the campaign about importance of Breastfeeding.

Jacqueline is a biggest animal lover and on to that half, she signed the petition which was launched by PETA to stop selling and making of the product which is made up from animal’s meats. We may call Jacqueline as Animal Activist. As we know last year due to heavy rain in Tamil Nadu lots of the Villages get destroyed and many of the people became homeless. She initiates the campaign called Jacqueline Build Campaign into that she gives huge amount of donation to rebuild the city and villages. She believes that every child should have the right of education and for that matter she is working hard. She distributed breakfast for underprivileged children.

Anushka not only just working for her acting career but also for her social work accounts. She is always ready to work for betterment of the society, Empowerment of the Women’s, Welfare of the Children’s. She helps the needy persons through the charitable auction. She has also momentarily spoken about the animal rights.

Some Point should be Noted: –

1. This website is not given any kind of ranking to them that is 1st one is the best star who involve in social activity, Not at all. It is just a top 10 list.

2. Do not hate the other actress who didn’t involve in this list because all of them are caring personalities and they make India Proud. As you know this is the Top 10 list so that it is impossible include them. Thank you for Reading… See you all in our next post.